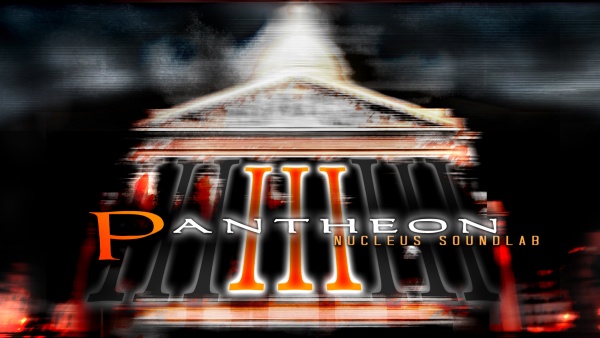 Nucleus Soundlab‘s Pantheon III Refill for Reason 5.0 has been released, featuring more than a few patches designed by myself (and a plethora of other incredibly talented sound designers), and an original demo track produced by me is also included with the Refill.

This marks the third Pantheon Refill I’ve worked on with Nucleus Soundlab, and – having seen the final result – I am incredibly pleased with how it’s all turned out. It really is an invaluable tool if you compose music with Reason, and for anyone wanting to inject a bit of warmth or flavour into their work then you can’t really go wrong with it. Detailed documentation is provided along with the Refill itself, so for anyone wanting to take the sounds apart and add their own twist to things then you’ll have an absolute field day with this.

Below is the demo track I produced for Pantheon III, utilising synth sounds exclusively from the Refill itself and drums from the Reason Factory Sound Bank. The track is included with the Refill.