As you may or may not know, a couple of months ago I did a live on-line stream for Propellerhead Software‘s Music Making Month, detailing how to do some quick percussive sequencing in an unusual time signature. Since then I’ve been meaning to get some more tutorials put together, and I finally decided to put something together detailing how to create tribal/cinematic percussion from scratch using Reason‘s Kong device.

The video guides you through creating a multi-layered Kong section featuring some organic sounding cinematic drums, right from setting up the sequencer lanes through to programming the drums & sequencing a short section in about 15 minutes. I’d love to know what you make of it, and I’d be really interested to hear any music written using the principles showed in this video. I’ve got a couple of ideas for some future videos but I’m totally open to suggestions!

If you’d like to check out the finished Kong sequence in Reason 6.5, you can download it from here.

I figured it might not be a bad idea to post an actual update here as opposed to a post dedicated solely to me bitching about DPD! (though I do still hate them with a passion)

Album 3 is still coming along nicely, and I’ve now got a few songs in the bag along with a healthy selection of songs that are ready for a bit of fleshing out. Curiously enough, the end of the album is more or less mapped out at the moment – that’s subject to change, but it’s interesting to see how it’s everything’s starting to fit together. I’m hoping for an interesting blend of progressive/synthpop/atmospheric styles with the finished album. For anyone interested in hearing how things are going, I have a habit of posting clips and snippets from time to time on my SoundCloud page. It’s worth checking there regularly as all kinds of bits and pieces have been appearing there lately and… well… sometimes it seems a bit excessive to post an update here for the sake of a song clip. Sometimes.

I spent a bit of time last week re-installing everything and generally cleaning house, and while doing so ended up going through a few older projects to make sure everything was working properly. In doing so I started messing around with some older songs and re-working them into a more ambient style and ended up with a few interesting ideas – one of said ideas you can check out here. I’ve also been working on a few shorter instrumental ideas over the past month or so, sort of reminiscent of my “sketch-a-day” thingy I did a couple of years ago (for the uninitiated, this involved me writing very quick song ideas regardless of quality – surprisingly, I’m really happy with how most of them turned out) but with a bit more of a polished sound overall. I’ve also been tinkering with Reason 6 for a little while now and, I must say, the focus on rhythmic and distortion effects devices is very welcome. 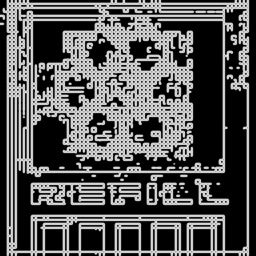 Reconstructed Textures is a free Refill available to owners of Reason created using Reason 5. Some of the patches also make use of the ElectroMechanical Refill, which is free to registered users of Reason (if you’re not a registered user, I’m afraid I can’t help you there). You can download Reconstructed Textures here and use it in any of your productions, totally free of charge.

So, what is it? Reconstructed Textures consists of 26 Combinator-based ambient drones, each built using heavily processed samples found in the Factory Sound Bank & ElectroMechanical Refills. But why make a Refill using samples found in the Factory Sound Bank? Well… a little while back I was trying to remember how I created some of the droning sounds featured in one of the tracks on Distant Activity (the track in question being Travelling Light). There are some neat piano drones and reverse effects found in the intro, and – being as I wrote the original version of the track about half a decade ago – I’d forgotten where those sounds came from. After a quick examination, it turned out I’d taken some piano samples from the Factory Sound Bank and processed them. I thought it was a neat idea, so I figured “why not go beyond using just piano samples and see what else I could find in there?”.

All the Combinator patches start with FSB/EM samples – re-mapped, re-pitched, re-looped and layered up in an NN-XT. Then they’re processed with filters, distortion, EQ, compression, reverb, delay or whatever else I fancied doing at the time before being sent to the Combinator’s output where they’re mixed with more layered up, processed NN-XTs. It was an interesting exercise in creating unrecognisable sounds from stock banks as opposed to creating ambient textures from scratch using synths and external devices.

Fancy giving it a go? Download it from here. I’d love to know what you think.

Good news for anyone who missed my webcast for Propellerhead Software‘s Music Making Month – it was recorded, and is now available to view online at your leisure! Huge thanks to Ryan for inviting me to take part, and thanks to everyone who turned up.

For those of a more geeky disposition, I talk a bit about working with irregular time signatures, percussive sequencing techniques and some simple patch design as I build the foundation for a song from the ground up. I would have liked to have talked a bit about atmospheric effects, but I guess there’s always potential for a future webcast… 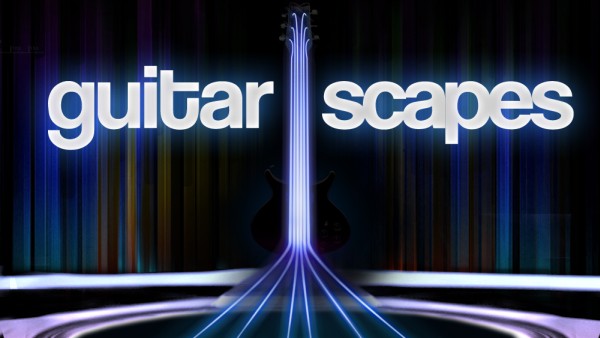 Hello. I’ve had a fairly busy past couple of weeks, and I spent a fair amount of time struggling to write something dramatic and upbeat… then decided to take an entirely different approach and spent some more time writing something more downtempo yet equally dramatic. And this is what happened.

As always, I’d love to know what you think of it!

In further music-related news, things are going very nicely – I’m still working away on various remix/collaborative projects, and… well… I’m still looking forward to sharing my previously hinted-at-but-never-properly-announced good news. But… if there’s one thing I’ve learned from writing music it’s that it’s best not to announce anything until everything’s absolutely set in stone. Hang in there, the good news is coming!

On a totally unrelated topic – I’ve been playing a little bit with the latest Ubuntu release – it’s rather good. Alas, the only things which didn’t work out-of-the-box (so to speak) were my audio interface and MIDI keyboard… which is actually pretty impressive. But, alas, those are quite key to my audio setup. Having said that, it looks like there are drivers in-the-works for my audio interface which I’m sure will be stable before too long.